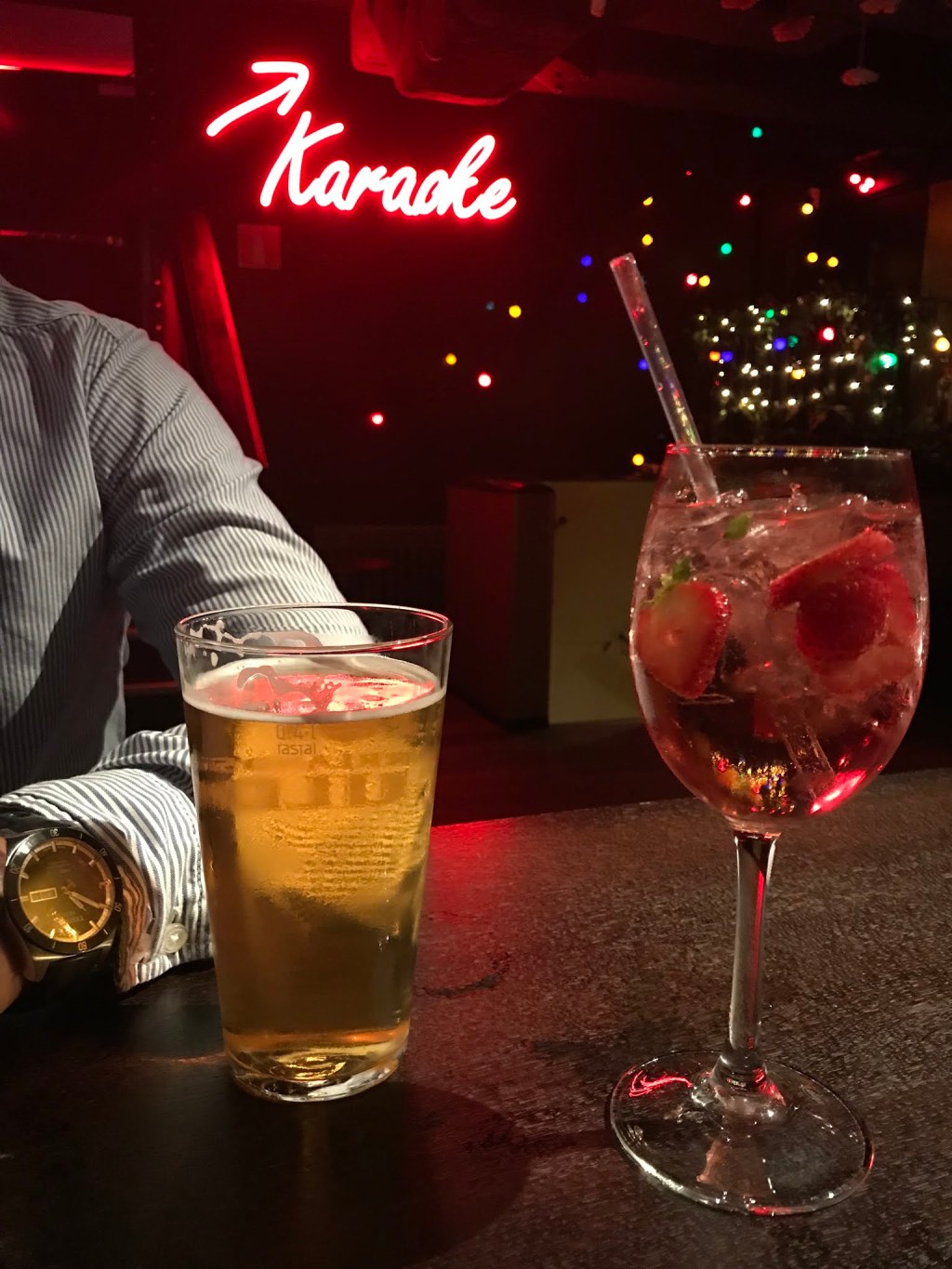 I was standing in Five Guys, waiting for my take-out order, when a song came over their sound system that immediately took me back to my days frolicking around Spain. I spent a semester studying in Madrid while in college and there was a particular band that came to define my time there. Years later, whenever this band would come on the radio, I couldn’t help but to be transported to the many nights (and early mornings) singing and dancing along in bars with a group of people I was certain I would never forget. Inevitably, the faces of my sidekicks got a little blurrier in my memories as time went on, and the band could only be heard on the oldies station (something I’m still trying to process as it seems impossible that so much time has passed since I was in college) but I would still pump up the volume whenever I heard their songs. At Five Guys, however, all I could do was smile and bop my head. Lost in my memory, I didn’t hear when my order number was called. I apologized when they called it again.

“Sorry,” I said, “Oasis always takes me back to Spain.” The young man holding my order looked puzzled, so I just thanked him as I took the bag and made my way out the door, thinking what a shame it was that the Gen Z crowd never got to experience the joy of impromptu public sing-a-longs to “Wonderwall”. It was only once I was in my car that I realized how confusing I must have seemed. Oasis is – depending on your age – an iconic British band (Or not iconic? We can agree on British, at least.) So, who would presume an Iberian connection? But “Wonderwall” was played on heavy rotation both on the radio and in the bars the entire time I was in Madrid, and I will forever associate that song and the band with Spain.

As I drove home that night, I started thinking about other songs that I associate with a particular trip or travel experience, an association that wouldn’t make sense to others. For example, whenever I hear the Swedish pop star Robyn – her song “Dancing On My Own” in particular – my mind is transported to Cambodia, traveling in a car from Siem Reap to Phnom Penh. I was introduced to her music at the start of the ride, when the friend who had joined me on this adventure handed me one of her earphones and invited me to listen. She was working in Stockholm at the time and had become a Robyn fan. I enjoyed discovering her songs, but admittedly it was an unusual soundtrack for our road trip though the Cambodian countryside. And yet, whenever I hear Robyn now, my mind always returns to Cambodia.

The song “Truly Madly Deeply” is a sweet love song by the Australian group Savage Garden, but whenever I hear it I start laughing. While the song is perfectly suited to those late night radio call-in request programs, accompanied by a dedication to that special someone, my far less romantic association with the song is of riding a public bus in Ireland. My sister and I were traveling from Dublin to the Cliffs of Moher, on a bus filled with other young backpackers, and as we drove through spectacular views of the Irish landscape that so obviously called for an accompanying Celtic soundtrack, the bus driver instead played the local radio at a volume so low that it was easily drowned out by the conversation of the other passengers. Suddenly, “Truly Madly Deeply” blasted through the speakers. The bus driver clearly liked this song and he was going to let all of us know it. Passengers who had dozed off awoke abruptly with startled expressions, wondering what was happening. My sister and l looked at each other and burst out giggling, which fortunately nobody could hear since the music was so loud. When the song ended, the bus was quiet, which was perhaps the point of it all. But to this day I cannot help but to laugh whenever I hear the song. (As an aside, the one other song that reminds me of Spain is also courtesy of a bus driver’s musical preferences. “Daniel” by Elton John always takes me back to a bus trip through southern Spain.)

While there are a lot of songs and artists that connect me to Scotland – The Proclaimers; Simple Minds; Garbage; Franz Ferdinand – the unlikeliest song is courtesy of an American band from Las Vegas. On my first trip to Scotland, which was also my first solo trip, my apprehension and nervousness over traveling by myself subsided the minute the plane landed in Edinburgh. I was immediately smitten, and by the time my room was available for check-in, I knew this adventure was exactly what I needed in my life. Settling into my room, I turned on the TV. A BBC station was interviewing the band The Killers, who were in the UK promoting their new album. They followed the interview with a debut performance of “The Man”. It was my first time hearing the song, and I ended up hearing it a lot during that trip to Scotland. While the lyrics are tongue in cheek, they still motivated me to get out there and make the most of this experience. In some ways, the song set the tone for my trip, with its anthem of over-confidence. It always seemed to be playing when I had a moment of hesitation, like dining alone in a pub, giving me a boost of encouragement. It was as if Brandon Flowers (the lead singer) was telling me, “You got this.” So, if you see me at Five Guys bopping my head to “The Man” while waiting for my take-out order, you’ll know the place to where my mind has drifted off.

Which unlikely song brings back a travel memory for you?

iThere are no comments

Begin typing your search above and press return to search. Press Esc to cancel.